Speech is verbal communication with others. A child, when he has not learnt the rules of a language, blurts out in monosyllables and yet his mother understands what he means. Speech is all about sounds, and a small child learns gradually the correct sounds that make up speech. For a kid who is still learning the rules of a language, speech is the only way to communicate with others.

Speech is articulation of language into sounds using voice and fluency. Some have speech problems that need attention from speech therapists. If a kid has problems expressing him, or others do not understand what he is trying to say, it is said that he has a speech problem. It occurs because there is no synchronization between his lip and tongue movement along with the sounds he is trying to make. This is also the case with an adult when he suffers from a stroke making it difficult to speak fluently.

Language is a tool that allows people to communicate with each other. It consists of words that can be joined in a meaningful manner to express an idea. Different languages have different rules and, sometimes, people who are not native to a language find it difficult to understand the idea behind a message. For example, in English language, it is raining cats and dogs might sound alien to someone whose native language is not English as he cannot think of raining cats and dogs, but those whose first language is English know pretty well that it just means raining hard. Language, apart from speech, can be expressed by writing the text, which is one mode to read and understand much about a language.

Difference Between Language and Dialect

Difference Between Open and Closed Questions 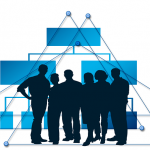 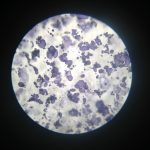