Humans will generally reproduce a child at a time. However there are instances where a mother delivers more than a child in a pregnancy. Pregnancy that carry only one child is called as singleton pregnancy. More than one will be named as multiple pregnancy. Two babies in a pregnancy labelled as TWIN pregnancy.

In normal singleton pregnancy, one egg (ovum) from the ovary will be released. One sperm will fuse with the ovum and fertilization produce the embryo. The embryo will develop as one baby.

In twin pregnancy, there are two main ways of producing two babies. Usually two eggs are released from the ovary and they are fertilised by two different sperms. This will produce two different babies. The babies are different in their DNA and chromosomes.

Sometimes one fertilized ovum (embryo) may divide in to two and may produce two children. In this case they are identical in sex, and chromosomes. They are named as Identical twins.

Sometimes the embryo may start to develop in to two children, however the connection may persist. They will end up in conjoint twins.

In identical twins the sex, colour, genome are identical. So the blood and tissue transplants are much more easy and no tissue rejection will occur.

In non identical twins (di zygotes) the genome is different. So they are like two different children born at a time. So the transplant risk is same as normal siblings. 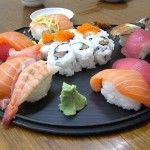 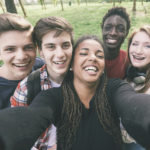 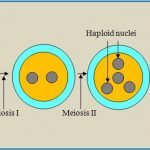 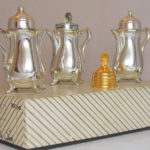