Home / Language / Grammar / Difference Between Up and Upon

Up and upon are two words that are often confused by those whose native language is not English. In English grammar, up and upon are prepositions that allow the speaker to connect or relate a noun or a pronoun with another word in the sentence. There is no direct relation between up and upon. Upon is rather more closely related with on, as upon is considered more formal than on. However, as many people confuse between up and upon, this article attempts to make their differences clear through their usage and the contexts in which they are used.

• My getting up at 6 in the morning is contingent upon sleeping before midnight.

It is clear that up in the first sentence relates with waking while upon in the second sentence tells that this waking depends on sleeping on time.

• Jack and Jill went up the hill

• The book is lying upon the table

It was made clear to the employee that releasing of bonus is contingent upon his reaching sales target. The use of upon in this sentence is to show the dependency of release of bonus on crossing sales figures. On the other hand, up is mostly used to signify above or top of something such as up (stairs), up and down, up (wards), and up to.

The difference between up and upon becomes clear when one says that the toy fell upon the ground from the hands of the kid when he was up on the top of the house.

Difference Between On and Upon

Difference Between a lot and lots

Difference Between A and One in English Grammar 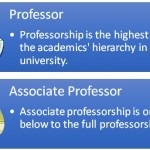