Uvula is a soft tissue structure which is made up of muscles and connective tissues and lined with a mucous membrane. It is located at the base of the tongue, hanging down from the end of the velum, and resembles a punching bag (wedge- shaped). It is unique to human beings. The function of the uvula is still debating, but certain studies have shown that it is good at excreting saliva. In certain books, it is mentioned that the uvula helps to close the epiglottis, which ultimately prevents food from entering the trachea. When the food brushes against the uvula, a signal is sent to the brain, which in turns closes the epiglottis. Further, it is believed that the uvula also helps to make certain sounds called ‘uvular sounds’. 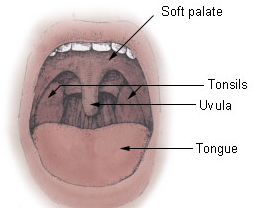 Epiglottis is the superior border of the glottis opening. It is leaf-shaped cartilaginous flap, which serves in preventing food and liquid from entering the larynx during the swallowing. When the tongue moves backward during the swallowing process, the epiglottis folds down and closes the glottis. The anatomical space between the base of the tongue and epiglottis is called ‘vallecula’. 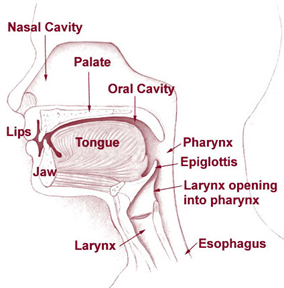 What is the difference between Uvula and Epiglottis?

• Uvula is a wedge-shaped soft tissue structure, whereas epiglottis is a leaf-shaped cartilaginous flap.

• Uvula is located at the base of the tongue, whereas epiglottis is situated on the cranial part of the laryngeal prosthesis.

• Uvula helps to produce sound, whereas epiglottis acts as a trapdoor, which prevent from food and liquid entering the trachea during swallowing.

• It is believed that when the food brushes against the uvula, it will in turn send a signal to the brain, which ultimately closes the epiglottis, preventing food entering the trachea.

Difference Between Glottis and Epiglottis

Difference Between Pulmonary and Systemic Circuit

Difference Between Atria and Ventricles 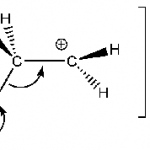 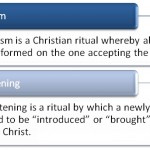 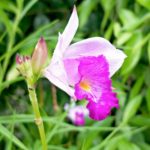