Key Difference – where vs having clause in SQL

Data is important for every organization. Therefore, it is necessary to store the data in an organized way to retrieve them. The data is stored in tables. A database consists of a collection of tables.  One common database type is relational databases. In a relational database, the tables are related to each other. For example, the table customer is connected to order table. A Relational Database Management System (RDBMS) is a database management system that is based on relational model. It is used to manage Relational Databases. Some examples of RDBMS are MySQL, MSSQL, and Oracle. The Structured Query Language (SQL) is the language used for manipulating and retrieving data in a relational database. There are various clauses in SQL to perform different tasks. Two of them are where and having. This article discusses the difference between where and having clause in SQL. The key difference between where and having clause in SQL is that where clause is used to filter records before a grouping or an aggregation occurs while having clause is used to filter records after a grouping, or an aggregation occurs.

What is where clause in SQL?

It helps to retrieve, update or delete a particular set of data from the table according to the given condition. The programmer can use where clause to restrict and fetch only the required data. The query executes only on the records where the condition specified by the where clause is true. It can be used with select, update and delete.

Refer the below student table,

To select the name and age of the student whose student_id is equal to 3, the following SQL query can be used.

To change the age of the student 2 to 13, the following query can be used.

To delete the record of which the student_id is 4, the following query can be used.

delete from student where student_id = 4;

The and, or operators can be used to combine multiple conditions.

select name from student where student_id=1 and age = 15; query will retrieve the name Ann.

These are some examples of where clause in SQL. If there is a Group By clause, the where clause appears before that.

What is having clause in SQL?

The programmer can write the SQL query as follows to retrieve the customers whose balance is more than 2000.

select * from order group by customer having sum(balance) > 2000.

What are the Similarities Between where and having clause in SQL?

What is the Difference Between where and having clause in SQL?

Summary – where vs having clause in SQL

Difference Between Arraylist and Vector

Difference Between Update and Alter

Difference Between PL-SQL and T-SQL 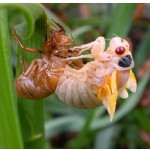 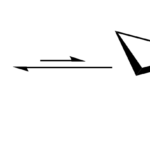