There are many sayings in English language that reflect wisdom and truth and are based upon generations of experience. These sayings are short and to the point and convey a deep meaning. Sayings are simple and yet effective as they hit the nail on the head. They mostly convey a moral lesson and are witty which is why they last for a long time. There are many different types of sayings and adage and proverbs are just two of them. There are many who cannot differentiate between the two because of their similarities. This article attempts to highlight these differences to enable readers to point out an adage from a proverb.

What is an Adage?

An adage is a saying that is quoted frequently by people to remind others about something that is believed to be true. In many cases, adages happen to be long standing experiences that achieve credibility in the eyes of the people because of their use. An adage is a short saying but differs from a maxim in the sense that conciseness is not the most dominant feature of an adage. Take a look at the following adages to have a clearer understanding.

• Where there is smoke, there is fire

What is a Proverb?

Proverbs are sayings that reflect common sense and are homely in nature. A proverb is true as it has been experienced countless number of times by people in their lives such as a stitch in time saves nine or well begun is half done. One should not cry over spilt milk is a proverb that tells us that there is no use thinking about something that has already happened as it cannot be reversed. Another proverb that teaches us a lesson is A poor workman blames his tools. This means that we should not make excuses when we are unsuccessful in an endeavor. A proverb is always useful and reflects truth and wisdom.

What is the difference between Adage and Proverb?

• Both an adage and a proverb are sayings, but proverb is more common than an adage in everyday life.

• There is a practical aspect of a proverb whereas an adage is believed true because of long standing or use.

• If one looks up Webster’s, he finds that a proverb has been defined describing it as an adage.

• Adage and proverbs have many similarities, but they are not interchangeable

• A proverb can be an adage. 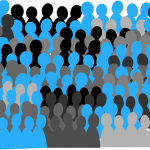 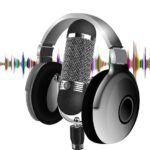 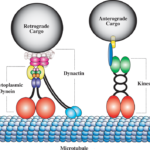