There are people who have used many types of mobiles and think they need something new, a computing device that is as compact and handy as their smartphone. Apple realized this, much before others when it launched iPad, a tablet computing device that had everything except call making abilities. Not even Apple must have anticipated the amazing response iPad got from the public, and it became the largest selling device after iPhone within a few months of its launch. There are many who know that iPhones from Apple are smartphones and they also know that Android OS based mobiles are also smartphones but they cannot differentiate between Android and iPad. This article will attempt to clarify some of these doubts.

To begin, iPad was an attempt by Apple to come up with a computing device that was much smaller than notebooks and even netbooks. And the company had a vision to change the basic form factor of a laptop that contained a monitor with the keyboard hinged to it like a briefcase. Apple introduced iPad in the form of a slate as a device that was Wi-Fi and could perform all basic functions that a netbook could, such as surfing, emailing, chatting, watching videos, and downloading files from the net. It also provided a large screen to read e-books to capture the market held by e-readers. The first generation iPad did not have cameras, but with iPad 2, Apple has left nothing to complain as it is a dual camera device that allows one to capture HD videos, and also a secondary camera to make video calls and to allow the user to take self portraits and to share them with friends on social networking sites.

Android, on the other hand is an operating system developed by Google for mobiles. This provided a platform for many mobile makers to come up with high end mobile phones that were smartphones like iPhone and could challenge the supremacy of Apple in the field of smartphones. Riding Android OS, many giant electronic companies have been able to come up with smartphones that are posing questions to the hegemony of iPhones and are selling in millions in the world as they have provided and alternative to those who wanted something else other than iPhones in the name of smartphones. 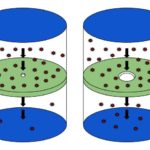 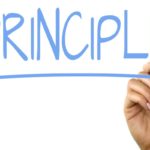