Baking soda, as the name implies, is simply sodium bicarbonate. It is a base which when combined with some acid and moisture causes a chemical reaction releasing carbon dioxide that makes dough rise. 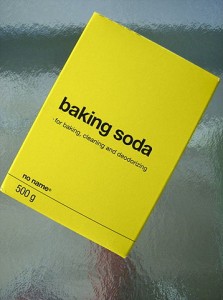 When using baking soda, it needs to be added to an acidic mixture such as chocolate, yogurt, buttermilk or honey. Instantly, CO2 bubbles are formed that expand when the recipe is kept in a microwave oven. It is necessary to bake the recipe soon after adding baking soda or otherwise the dough will fall flat.

What is Baking Powder?

On the other hand, baking powder has the acidic ingredient in itself. Baking powder, apart from sodium carbonate, also contains an acid that is required to produce the chemical reaction. This acid is usually cream of tartar. Baking powder just needs moisture to start the formation of carbon dioxide bubbles. 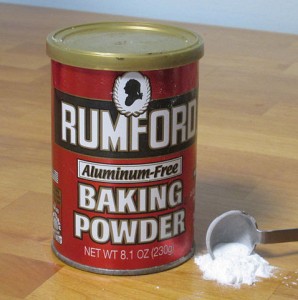 What is the difference between Baking Soda and Baking Powder?

Baking soda and baking powder are both leavening agents that are used in making recipes. Both start a chemical reaction causing carbon dioxide bubbles to form making the dough rise, but because of their composition, there is some difference in the way they work.

• Baking soda is sodium bicarbonate which is a base, and you need an acid and moisture to produce carbon dioxide bubbles. However, baking powder contains acidic ingredients in addition to baking soda and just needs the addition of moisture to start the reaction.

• If you do not bake the recipe soon after baking soda is added, then the dough will fall flat.

• Since baking soda is a base, it tends to make recipes a little bitter unless you add a little buttermilk to counter this bitterness. On the other hand, baking powder contains both the base as well as acid and hence it tends to produce a neutral taste. This is why it is baking powder that is used in the manufacture of biscuits and cakes as sweetness, not bitterness, is what is required.

Difference Between Corn Flour and Arrowroot

Difference Between Curcumin and Cumin 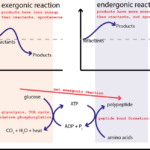 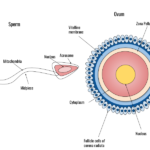