As mentioned above, denial can be defined as the act of refusing to admit the existence or truth about something. This is one of the most common defense mechanisms, which is used by people in a variety of situations. Imagine an individual who refuses to believe something even in the face of reality. This is an act of denial. Let us comprehend this through an example.

A wife finds out that her husband is cheating on her. Even after she has sufficient information to consider the reality of the situation, she keeps on clinging to the possibility that he is not cheating on her by giving herself excuses. 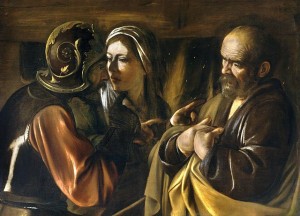 Refusing to believe something, even in the face of reality, is denial

This is a situation where the woman is in denial of the reality of the situation. If we pay attention to why as to people deny things, the answer is mostly because the bitterness of reality is simply overwhelming for the individual to accept it as the truth. When an individual faces a situation where he cannot cope up with the reality or the truth of the situation, a defense mechanism comes into play. It works as a shield that prevents the person from getting hurt or tensed. However, in the long run, this can be quite an exhaustive attempt on the part of the individual as the gravity of the situation increases. These types of behavior can be seen in drug addicts, victims of sexual violence, or those who have undergone traumatic events.

Repression is restraining thoughts or emotions. This is also a defense mechanism that is quite common. When a situation is too overwhelming or painful for an individual the individual tries to repress this event. This allows the person to restrain the memory from conscious awareness. Even though the person represses the memory of the event, this does not guarantee that it will be completely forgotten. On the contrary, these can be triggered back to consciousness if a similar event takes place in the individual’s life. Let us understand repression through an example:

A young girl becomes a victim of sexual violence at a very tender age. At this age, the child may not even fully comprehend the situation. As the child grows up, the memory of the event is repressed, and the child falls into a normal life. After many years, when the child has grown and become a woman, she may encounter difficulty in forming relationships with males due to the event. 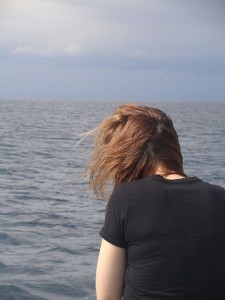 Repression is restraining the memory of a bitter experience

This can be viewed as a case where unconsciously the event influences the behavior of the individual. This highlights that denial and repression are different from one another.

What is the difference between Denial and Repression?

• In Psychology, denial and repression are considered as two of the defense mechanisms.

• Denial is refusing to admit the truth about something whereas Repression is the act of restraining something. This highlights that denial and repression are two different things.

• Repression can influence the behavior of the individual but, in denial, it is not the case.

• In denial, the person completely refuses the truth but, in repression, the individual does not refuse the truth but learns to restrain it.

Images Courtesy: The Denial of Saint Peter by Caravaggio and A young woman with reddish-brown hair via Wikicommons (Public Domain)

Difference Between Psychology and Educational Psychology 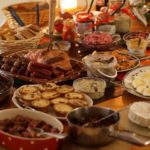 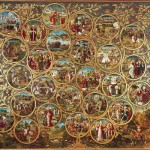