The lovers of anime and manga know the abbreviations FMA and FMAB very well but for those who are not aware; these are anime series of the same story Full Metal Alchemist. It would not be incorrect to dub these animated cartoon series’ as independent versions or adaptations of the same story that was published as a comic or manga in Japan and broke all records of popularity. Having been based upon the same story, there are no differences between the two versions but those who have had the opportunity to watch both Fullmetal Alchemist and Fullmetal Alchemist Brotherhood find many differences between the two adaptations. Let us take a closer look.

FMA is the abbreviation of Full Metal Alchemist that happens to be both a comic or manga and the first anime series of the same comic that was aired on television in 51 episodes during 2003 and 2004. Hiromu Arakawa wrote and illustrated the story that revolved around two brothers having knowledge of alchemy and trying to recover their bodies that they lost while making efforts to bring back to life their dead mother. Not only the manga but also the entire animated series became extremely popular among people of all ages at that time in Japan.

FMAB happens to be the second adaptation of the same Full Metal Alchemist. This anime series was converted into 64 episodes and aired on television during 2009 and 2010. Though the series was produced by Bones studio this time around too, the series was directed by Seizi Mizushima and written and illustrated by Sho Aikawa. The fact that the manga continues to be published made it imperative for the series to have a slightly different story and an ending that was also different from the first TV adaptation. Interestingly, the writer of the first series, Arakawa, guided the makers of the 2nd adaptation but did not take any part in writing and illustration herself.

• There is an obvious difference in the endings of the two series because of the fact that the manga is still continuing in Japan.

• There are some characters that are there in FMA but not in FMAB.

• In FMAB, the two brothers succeed in getting their bodies back while it is not so in FMA.

• Some fans say that FMAB follows the story and plot of the manga more closely than FMA.

• The techniques used in FMAB are more advanced making it appear better than FMA.

Difference Between Narrative and Story 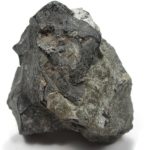