Falling in love maybe the best feeling ever; people fall in love and decide to spend the rest of their lives together and when they are sound financially or just too much emotionally in love with each other the first thing they want to do is start a family, have a small pretty house, plan to have a baby and once the pretty little gift of God arrives they get a puppy and live happily ever after. For women the feeling of having a baby of the man she loves, being a mother is such a heavenly feeling, people can comment on it, talk about it, have opinions but what motherhood feels like only a mother knows. I have yet to see a mother who hates her child, even if the father of that child leaves her in this dark world or even if the child is a result of a horrifying rape, mother still magically loves her child and the fact is no love can ever match this love. Love of a mother is beyond words. Every woman at a certain stage of her life wants to have a baby even if she is single, maybe this is a biologically natural feeling of completeness for which she strives for. Yet many women and even many couples simply doesn’t want to have a baby, some women and men simply can’t have a baby so they compromise with their fate and still live happily with what they have. But some women choose not to have a baby, some couples too have a lot of reasons to justify themselves in planning never to have a baby. Some of these reasons are justified maybe, but most are certainly not.

About having a baby, well those nine months are the most happening, exciting, eventful and agitating months in a women’s life, she passes through a lot of phases, mainly known as the three trimesters. The first trimester is the most difficult one, she experiences morning sickness, nausea, vomiting, feeling of being weak and sick, weight gain, tender breasts are the early signs of pregnancy, well they seem horrifying to us but pregnant women seem to enjoy this, just the mere thought of gaining motherhood gives them strength to go through all this and of course the support of the male partner in every way possible is also required for a healthy mother and the fetus in her ovaries.

Not Having a Baby

Some women simply do not want to have a baby ever and they admit to themselves that they are selfish, they don’t want to get fat , lose the perfect shape they are in just for a baby, some even admit they don’t want a hindrance in their social lives and carrier oriented women simply say they just don’t have time for this as yet, some are insecure from their partners, don’t have a smooth relationship afraid that the man in their lives can dessert them any moment, some couples are financially not stable enough to have a child, and some have medical disabilities which can’t be cured and they are too proud to adopt a baby.

Having a child is the best experience of a women’s life, no women after being a mother says that she made a mistake even after staying for 24 to 48 hours in labor room crying with sheer pain, couples become closer to each other after they have a baby, those women who are insecure from their spouse are unfortunate and deprived and those who doesn’t want a child because of the fear of getting fat, wasting money, sacrificing career and social activities are going against simple human nature and need serious counseling in my opinion.

Difference Between Mother and Stepmother

Difference Between Step Siblings and Half Siblings

Difference Between Ancestry.com and Genealogy.com 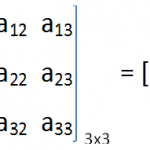