Trial is a formal court proceeding where a jury or a judge listens to the facts and evidences presented by parties at dispute and decides on the verdict. A trial is the formal setting where warring parties (parties at dispute) get a chance to present their facts and information in front of an authority that adjudicates on the claims made by the parties.

A trial may be bench trial when it is heard by a single judge or it may be a jury trial where the verdict is given by several competent individuals. Similarly, a trail may be civil involving a dispute between two people or organizations or a criminal trial involving government and an individual. Judge or the jury decide which law applies in the case based upon facts presented to them and then pronounce their verdict.

Hearing is a legal proceeding that takes place in a law court, in front of a judge. It is much less formal than a trial and allows parties at dispute to speak up their facts and information. Hearing may also involve testimonies by witnesses to help judge make a preliminary analysis of the case. Hearings are mostly oral to be able to conduct them easily and also to let the judges arrive at a decision without the necessity of a trial. There may be a series of hearings before the case may get to the stage of a trial.

What is the difference between Hearing and Trial?

• Hearing is a less formal and often much shorter legal proceedings than a trial.

• Hearing is mostly oral and presents an opportunity to settle the case before reaching the stage of the trial.

• Hearing may involve testimonies and witnesses but to a much smaller level than a trial.

• There may be a series of hearings before a trial.

• Hearing is, mostly, before a single judge while trial can involve a judge or a jury.

• Trial is much more expensive than a hearing.

• Trial involves last court appearance and settles the case once and for all. 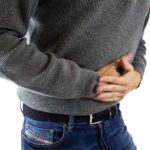 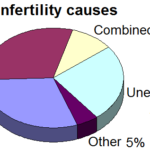