The Honda Civic and the Toyota Corolla are two subcompacts, and eventually compact cars made by Honda and Toyota, two of the biggest Japanese car manufacturers, respectively. They have similar features, but it is important to know the differences in their design before making a purchase.

The Honda Civic is a line of cars made by Honda. It was first introduced in 1972 as a two-door coupe, with three-door hatchback introduced late in the same year. The Civic is the second longest continuously running nameplate in North America. Recently, the Civic was given a face lift from its old versions, including a new honeycomb grill in front and revised wheels. The new five-seater looks classy and has a boot capacity of 376 liters. Interior features include air-conditioning, central locking, cruise control, cup holders, speed-sensitive audio volume controls and heat absorbing windows. The smallest Honda engine is 1.3L and majority of the cars are powered by 1.8L, 103kW petrol engines and 2.0L, 114kW is used in sports Sedan. However, user reviews opine few places to improve like the headroom at the rear seat.

The Toyota Corolla is the longest continuously running nameplate in North America, being introduced way back in 1968. Its name came from Toyota’s tradition of naming their primary models after “Crown.” Corolla is Latin for ‘small crown.’ In 2000, the Corolla was introduced with a classier design and more technology as a means of carrying the brand into the 21st century. Corolla design has not changed much over the years though it is very much comfortable inside with more space and a high roof. The standard Corolla comes with 1.8L, 100kW petrol engine only. 2.0L is used in Sedan. It is not available with a diesel engine. Irrespective of retaining the same look for years, the car is reliable and comfortable with more space and storage inside.

What is the difference between Honda Civic and Toyota Corolla?

The Corolla and the Civic are similar in design and performance. However, many differences exist between the two.The Corolla trumps the looks category with its flashy exterior trims that come as stock parts. The Civic, on the other hand, only comes with side-body moldings. However, Honda civic was given a face lift recently and, therefore, has an improved look . Corolla has not changed much over the years.Also, the Corolla brings in more technology than the Civic. Performance-wise, the Civic clearly bears the laurel as it is more fuel efficient and has more power compared to the Corolla.With concerns to leg-room, the Corolla has more compared to the Civic. Lastly, for safety concerns, the Corolla comes with more standard safety features than the Civic.The choice of what car to purchase would come down to what appeals to an individual more, the safe and comfortable Toyota Corolla, or the Civic which is more powerful and more fuel-efficient. Regardless of your choice, however, these two cars are top of the line and their differences are marginal at best. 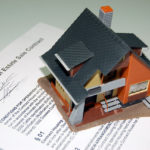 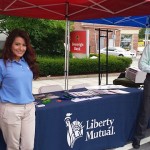