Sexual intercourse is an act by a male and a female, when they are sexually excited. During sexual intercourse, the ejaculate from penis will be deposited to female vagina provided no condoms used or coitus interuptus ( withdrawing the penis and ejaculate out side of the body) is practiced. Intercourse among couple is essential to keep the relationship  in harmony. Medical scientists have proved that sexual intercourse is a good exercise which keeps the body in order. Sexual intercourse with the children (legally not consented) will be considered as rape and this is a criminal offence. The age limit for giving legal consent differ from country to country. Sexual intercourse with out consent/ willingness of the partner will be treated as rape, even with in the married couple. This clearly shows the consent of the partner is essential to have a sexual intercourse. Bonding and affection will be increased with sexual intercourse. The act can be stimulated with arousal mood. The odor, vision, touch and environment will play a role in initiation of this act. Male with erectile dysfunction will suffer with the failure to penetrate. The premature ejaculation may results with less pleasure or mental satisfaction. If female has vaginismus (vaginal spasm) or chronic pelvic inflammatory diseases, the sexual intercourse may end up in failure or dissatisfaction.

Conception is fertilization. It is the fusion of sperm and ovum (egg) that produces a fertilized ovum (embryo). In human the fertilization usually occurs at the fallopian tube. This will occur in fertile period of the menstrual cycle. The sperm gives 23 chromosomes (paternal) and the ovum provides 23 chromosomes (maternal), these combination will gives 23 pairs of chromosomes.

Fertilized ovum will moves towards the uterus. The cell will divide in to two, then two cell produces four, then eight. The embryo should be implanted into the uterine cavity to produce a normal pregnancy.

The couple fails to conceive naturally, can seek the doctor’s help for assisted conception or artificial conception. 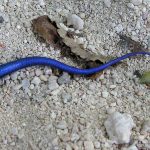