Lehenga and Saree are two traditional women’s clothing items from India. These are timeless apparels that have been adorned by commoners and celebrities alike. Saree is more common than Lehenga that is worn on more on special occasions these days. There are many differences between these two garments but people become confused because of the similar looks created by a fusion style known as Lehenga Saree. This article takes a closer look at both these garments to highlight their differences.

Saree is an unstitched piece of cloth that is draped around the body of a woman in style. Also called Sari, this traditional garment is worn in many different styles by women to create different effects. Normally Saree is draped around the waist with one end remaining free that is taken across and over the shoulders of the woman. Sarees cover the lower portion of the body and women wear a blouse or a choli to cover their upper parts. This means that the midriff of the woman is bare, making Saree look very stylish and popular even today. Saree is a traditional costume that is worn by women all over the subcontinent of India. Saree is a garment that is available in many different fabrics such as cotton, polyester, silk, chiffon, georgette, and so on. Saree is a graceful dress that mesmerizes westerners even today. They marvel at the costume that covers the entire body and yet is sensuous as it displays the curves of the woman wearing it at just the right areas.

Lehenga is a traditional dress of India that has been worn by girls and women since ancient times. In many parts of India, it is also called Ghagra Choli. In fact, Lehenga is an outfit that is made up of a lower part called Lehenga and the upper part called choli or bodice. There is also a third part of the complete outfit that is called dupatta. Lehenga can be worn by small girls and also by elderly women. It is available in many different varieties with ordinary ones made of cotton without having any embellishment, whereas Lehengas can be very expensive also with superior cloth and adornment done with ornaments.

What is the difference between Lehenga and Saree?

• Saree is unstitched cloth draped around the waist, whereas Lehenga is an outfit that is stitched and consists of the lower part called Lehenga and an upper part called choli.

• Lehenga is worn in some parts of the country whereas Saree is common all over India.

• Saree is draped around the waist over a petticoat, and the midriff remains bare.

• Lehenga is worn by brides also making it a special dress for women that is seen on special occasions.

• Lehengas and sarees can be very expensive depending upon the fabric used and the embellishment done on it using beads, Kundan, and small mirrors.

• There is a recent creation called Lehenga Saree that fuses the two garments together confusing people.

Difference Between Ghagra and Lehenga 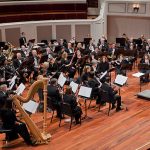 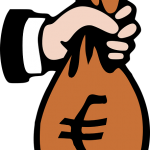