Monotremes and marsupials are often confused animals by many average people due to their uniqueness among mammalians. These two mammalian animal groups are unique and should be distinctively understood, as they provide very interesting fields to study. There are many interesting differences between monotremes and marsupials in many areas including diversity, geographical range, and other biological and ecological aspects. This article attempts to simplify those differences by presenting a concise and precise account on their characteristics with a comparison.

Monotremes are one of the unique group among all the animals being the egg laying mammals. These unique animals are only found in Australia and New Guinea. According to the biological classification, the monotremes fall under Order: Monotremata, which contains two suborders and five species described under three genera. Those five species include four echidna species and one platypus species. Monotremes are warm-blooded animals, and their metabolic rate is higher than cold-blooded animals but lower than other mammals. Monotremes have hairs on their bodies and produce milk in their mammary glands as in other mammals. However, they do not have teats but only the openings called milk patches to secrete milk in females to feed the young during lactation periods. Monotremes do not have a corpus callosum, the nerve bridge seen in mammals to connect the left and right sides of the brain. Usually, most of the mammals have an anus for defecation and urethra for expulsion of urine and reproductive discharges, but monotremes have a common opening called cloaca for all those purposes. In echidnas, there are more than 2,000 electro receptors inside the mouth of one animal. The usual body temperature in monotremes ranks slightly subnormal among mammals, which is about 32 °C. They demonstrate a great parental care, which continues for a prolonged period like in most of the primates and elephants. The newborn animals from the eggs live inside the mothers pouch. However, they have a lower rate of reproduction compared to many other mammalians.

Marsupials are one of the three major mammalian groups with about almost 500 extant species. Predominantly, the marsupials are found in Australia and the rest are ranging in South America with very few in North America. Marsupials give birth to an undeveloped young following a small gestation period. The undeveloped young are known as Joey. The Joey comes out of mother, and its development takes place inside an external body pouch that has milk secreting mammary glands. Joeys do not have hairs on their body when they are newly born. In addition, Joeys are tiny; in the size of a jellybean, and they cannot open their eyes, or in other words, they are blind. Depending on the species and their relative body sizes, the time inside the mother’s pouch varies, but the completed development has to take place inside the pouch. However, during the short gestation period, there is a placenta between foetus and mother, but it is a very simple structure. One of the noticeable absences in marsupials is the lack of the corpus callosum or the bridge of neurons between left and right hemispheres of the brain. Kangaroo, wallaby, and Tasmanian devil are few of the most well known marsupials.

Difference Between Wombat and Kangaroo 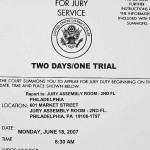