The plant and bacteria being eukaryote and prokaryote respectively attribute to the difference between plant cell and bacterial cell. Animals, plants, fungi, and protoctists are considered as eukaryotes due to the presence of double-membraned organelles with the genetic materials enclosed in a nucleus. Unlike the eukaryotes, prokaryotes lack such well-organized cellular structure. Bacteria are considered as prokaryotes. This is how mainly bacterial and plant cells are distinguished. In addition, there are some other differences we can find among these two types of cells. In this article, the difference between plant cell and bacterial cell will be conferred.

What is a Plant Cell?

Plant cells are eukaryotic cells and have many features which are commonly found in animal cells. Plant cell has membraned organelles including mitochondria, nucleus, Golgi apparatus and endoplasmic reticulum. In addition, it has chloroplasts, which allow plant cell to synthesize its own food by photosynthesis. The chloroplast has double membrane envelope and a gel-like matrix termed stroma, which contains ribosome, DNA, and photosynthetic enzymes. In addition, the special internal membrane system in the stroma are stacked in certain places to form piles called grana. The photosynthetic pigments are present inside this system of membranes. Unlike animal cell, plant cells have rigid cell wall made up of cellulose. The cell wall gives a more uniform and define shape for the plant cell. Cell walls are impermeable to many substances and hence, the cellular transportation occurs through special membrane-lined pores called plasmodesmata (plasmodesma, if singular). Plasmodesmata perforate the cell wall and connect adjacent plant cells to enable cellular transportation. Moreover, plant cells contain a large fluid-filled sac known as vacuole. 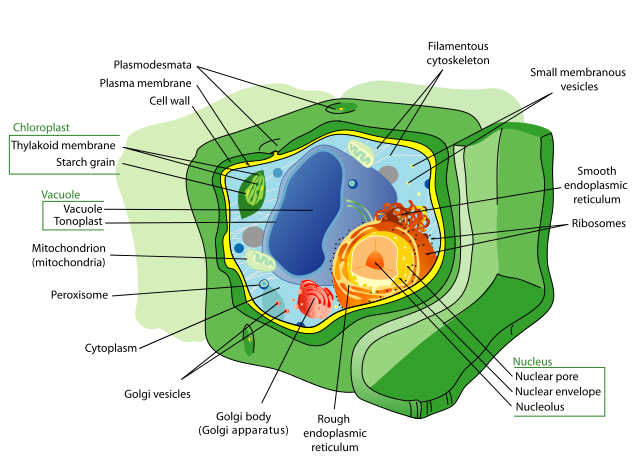 What is a Bacterial Cell?

Bacterial cells are prokaryotic cells that have no double-membraned organelles and nuclei to enclose their genetic material. Their DNA is found in the cytoplasm as a circular molecule. In addition, some bacteria contain circular pieces of genetic material called plasmids. Cyanobacteria can photosynthesize, but the photosynthetic pigments are not enclosed in chloroplasts.

What is the difference between Plant Cell and Bacterial Cell?

• Bacterial cell wall is made up of polysaccharide and protein.

• Plant cell wall is made up of cellulose.

• Presence of organelles covered by a double-layered membrane:

• No such membrane organelles in bacterial cells.

• Found in the cytoplasm as a circular DNA and RNA in bacterial cells.

• Found inside the nucleus in plant cells.

• DNA of plant cell carries genetic information about the whole plant and DNA molecules are linear and double stranded.

• Photosynthetic bacterial cells do not have chloroplast. Instead, the bacterio chlorophyll (pigment) are scattered all over the cells.

• Plant cells have chloroplast containing chlorophyll a and b as pigments.

• Presence of cytoskeleton made up of microtubules and micro fibers:

• No cytoskeleton found in bacterial cells.

• It is present in plant cells.

• Present in some bacterial cells but no 9+2 structure.

• No flagella in plant cells.

• Occur in the cytoplasm in bacterial cell.

• Transcription occurs in nucleus and translation in cytoplasm.

• Division of bacterial cell occurs by simple fission; no mitosis or meiosis.

• Plant cells divide by mitosis or by meiosis. 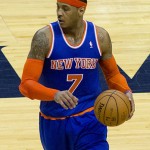 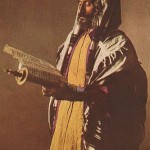