Jupiter and earth are two very important planets of our solar system. They can be considered neighbors with just mars separating them in the solar system. Of late, Jupiter came into the limelight for having saved the earth from serious asteroid strikes. Scientists are saying that Jupiter, a gas giant has been playing the role of a protector for earth for a long time now. There has been a renewed interest in Jupiter, and there are people who are interested in knowing the differences between the two planets. This article highlights the major differences between Jupiter and Earth.

Jupiter is a large planet that is a gas giant and also known as Jovian planet. It is the largest in our solar system and 5th in terms of distance from the sun after Mercury, Venus, Earth, and Mars. It is distinct in that it has a thick atmosphere made up of gases rather than having a solid ground. Jupiter is composed of two gases hydrogen and helium. Jupiter can be seen clearly from the earth as it is very bright. Jupiter rotates around the sun at a great speed which is why it is not exactly spherical in shape but is rather a spheroid. Jupiter has many rings and 67 moons in comparison to the single moon of our earth. Jupiter is a very heavy and large planet having a diameter more than 11 times the diameter of the earth.

Earth is a small planet in the solar system that lies at 3rd place from the sun after Mercury and Venus. It may be small but is extremely important as it has life in the form of oxygen and water. It has a solid ground because of a metallic core and a rocky structure over this core made up of iron. Earth is a terrestrial planet because of this solid ground. Though the planet was formed more than 4 billion years ago, life started to take shape only about a billion years ago on earth. Earth is home to billions of human beings, in addition to millions of other species of animals.

• Earth is very small in comparison to Jupiter which is the largest planet of the solar system.

• The two planets are neighbors with just Mars in between.

• Earth is a terrestrial planet, whereas Jupiter is a Jovian planet.

• Jupiter is a gas giant whereas earth has a solid ground.

• Jupiter has a 10 hour day in comparison to 24 hour day of earth which means that it rotates much faster than the earth around the sun.

• Jupiter has a mass more than 2.5 times the mass of all other planets in the solar system.

• Earth has life, but Jupiter doesn’t.

Difference Between Earth and Saturn

Difference Between Lunar and Solar Eclipse 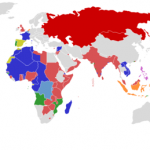 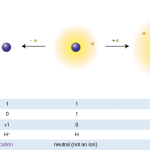