Bay Area has a population of approximately 7.68 people. This population is ethnically diverse as roughly half the population belong to various ethnicities such as African American, Asian, and Hispanic. This area is famous for its lifestyle, high-tech industry, and liberal politics.

Silicon Valley is in the South Bay and the southern Peninsula of the Bay Area. This was originally known as the Santa Clara Valley in Santa Clara County and included San Jose (city) and surrounding cities and towns. With the explosive growth of the high-tech industry in the 1960s, this area came to be known as Silicon Valley. Today, Silicon Valley has expanded to include southern portions of the East Bay in Alameda County and southern half of the Peninsula in San Mateo County as well.

This area underwent explosive growth with the creation of the high-tech industry in the 1960s. Notable high-tech companies such as Apple Inc., Google, Adobe Systems, Intel, HP Inc., and Yahoo have their headquarters in this area.  The term “silicon” originally referred to the large number of silicon chip innovators and manufacturers in the region.

At times, the name Silicon Valley may be used to refer to the Bay Area since tech companies are scattered all over the area at present. Thus, the term “Silicon Valley” has two definitions: the geographic area including Santa Clara Country and the all high-tech business areas in Bay Area, which includes southern half of the peninsula and parts of East Bay. In fact, the term “Silicon Valley” is now often as a synecdoche for the high-tech economic sector of America.

What is the Difference Between Bay Area and Silicon Valley? 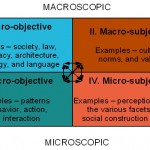 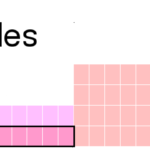 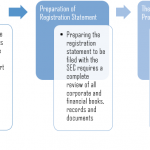