What does Freedom mean?

Freedom is meant for the country as a whole. In other words, it is meant for all the people that constitute a country. Freedom is nothing but independence from the rule of a foreign country. For example, India got freedom from the rule of the British on the 15th of August 1947. Now, look at the definition of freedom as the Oxford dictionary presents is. Freedom is ‘the power or right to act, speak, or think as one wants.’ From this definition, you will understand that freedom is much more common or general than liberty. This is actually one argument made by people as freedom is of Saxon origin. They argue as freedom is made from a Saxon origin it is more of an everyday thing as it was preferred by common people.

Further, the word freedom is figuratively used in the sense of ‘emancipation’ or ‘salvation’ in philosophy. The freedom of soul or the individual soul is the state of salvation where the person after death reaches God. Freedom of the soul is the ultimate goal of a philosopher. Once the soul gets liberated then it ceases to be born again.

What does Liberty mean?

On the other hand, liberty is meant for an individual. In other words, an individual fights for liberty. This is another important difference between the two words. A person gets liberty if he fights for it. Liberty at times pertains to a group of people too. For example, a certain group of individuals can fight for liberty. Liberty is believed to be the root cause of freedom. In other words, it can be said that liberty is the subset of freedom. The state of freedom is brought about by the demands of people that wanted liberty. It is interesting to note that liberty paves the way for a certain kind of movement that instigates the spirit of freedom. This is the definition of the term liberty by the Oxford English dictionary. Liberty is ‘the state of being free within society from oppressive restrictions imposed by authority on one’s behaviour or political views.’ This definition of the word liberty is quite complex. Actually, since the word liberty comes from a French origin people argue that it is more of an institutional thing as this type of Norman words were preferred by the elite class or the ruling class. 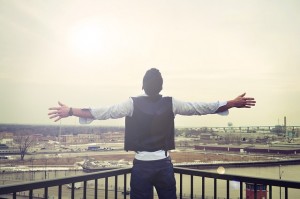 What is the difference between Freedom and Liberty?

• The word freedom is generally used in the sense of ‘independence’.

• On the other hand, the word liberty is used in the sense of ‘right’. This is the main difference between the two words.

• Liberty is believed to be the root cause of freedom.

• As it is of Saxon origin freedom was preferred by common people thus making it an everyday word.

• Liberty, as it is of French origin, was preferred by the ruling class, making the word more of an institutional thing.

Difference Between Farewell and Send off